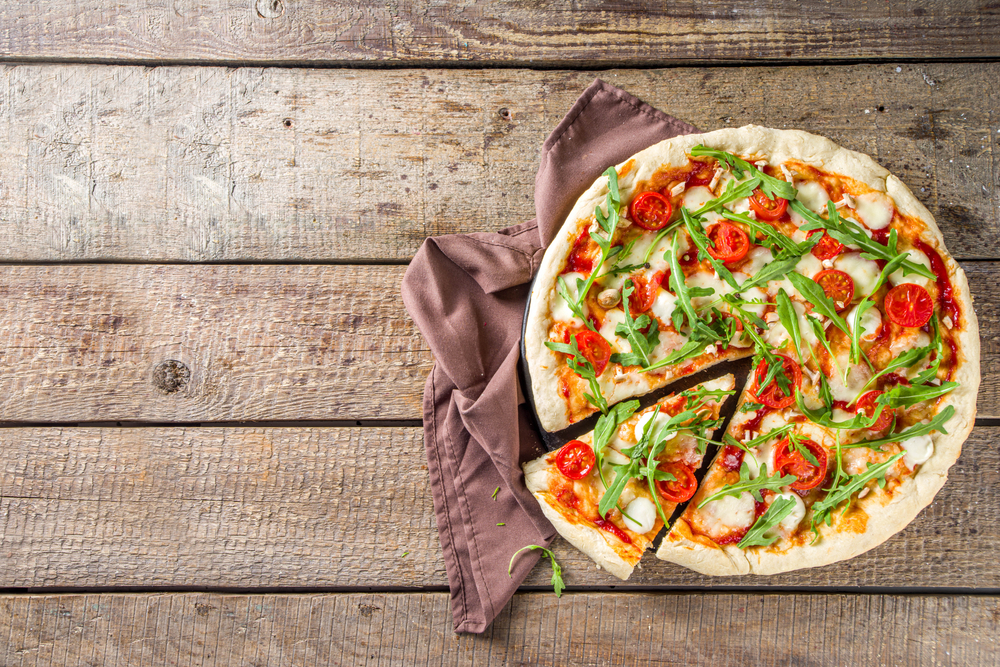 A 10-inch may sound like a sizeable option when you’re looking to order some pizza online. Sure, there are plenty of pictures but we all know the reality of food pictures versus the real result. So how big is an actual 10-inch pizza? Would it be enough to fill you up?

A ten-inch pizza is 78 square inches and generally comes sliced into six pieces. According to most pizza restaurants, a ten-inch pizza is big enough to serve up to three but one person can handle it as well. It’s certainly not a large pizza and probably wouldn’t qualify as a medium pizza either.

How Many Slices Are in a Ten-Inch Pizza?

If it has a stuffed crust, it might have one fewer slice, as in five slices total. Anything more than that would make each slice ridiculously narrow. Of course, if you plan on eating the entire thing, how narrow each slice is probably doesn’t matter all that much.

Most of your fast-food pizza services and pizza restaurants sell ten-inch pizzas. So it’s not something that isn’t very popular. Ten-inch pizzas are typically found on the menu for individual portions. The following brands make ten-inch pizzas:

That covers most of the more popular pizza brands out there. If you’re in the mood for a more personalized, individual pizza service, all of the above have plenty of options to offer in terms of their various, ten-inch offerings.

If it’s just you or maybe even one other person, a ten-inch pizza, especially a thick-crust version, is more than enough to hit the spot.

How Many Calories Does a Ten-Inch Pizza Contain

Speaking in general terms, a ten-inch pizza comes with a shade over a thousand calories. However, it really depends on who is making the pizza and what kind of toppings it comes with. Ten-inch pizzas usually don’t come with more than three toppings because there just isn’t enough real estate to make room for them.

Depending on where you order it and what the toppings are, a ten-inch pizza can have between 1,000 and 2,500 calories. Even on the low end, that’s pretty high, mostly because of the oil, butter, cheese, and the fattiness in any included meat toppings.

All of those calories will definitely leave you with a full feeling but it will take time to burn off. It changes even more dramatically if you order yours with a stuffed crust, topped with bacon, sausage, and Canadian Ham.

Is a 10-Inch Pizza Considered a Personal Pizza?

Yes and no. It really depends on the person. Ten-inch pizzas are frequently listed under the personal sections on menus but it might be just enough on the high-end that two to three people can share it.

With three people, a ten-inch pizza becomes more of a snack to tide you over for something bigger. The eight and six-inch pizza varieties are definitely in the personal category, however, so you only need to step down two inches for a personal pizza.

How Much Does a Ten-Inch Pizza Weigh?

Surprisingly, a ten-inch pizza doesn’t even weigh half a pound. Once again, the type of toppings you add and whether or not its stuffed crust, all make a difference in the total weight of the pizza.

A ten-inch pizza weighs about 6.96 ounces if we’re just talking about the most basic ten-inch pizza. If you start stacking thick sausage, bacon, ham, pepperoni, extra cheese, and more for the toppings, it can get much heavier.

How Much Does a Ten-Inch Pizza Cost?

The way brands do certain things is strange, at least from a marketing and sales standpoint. For instance, a ten-inch pizza will generally cost about $8. However, you can eat the same amount of pizza, from a fourteen-inch, and get more food for less money.

It’s actually more expensive in terms of per-slice value if you purchase a ten-inch pizza over a fourteen-inch or a sixteen-inch pizza. A ten-inch pizza is often considered to be a small pizza or a personal pizza and prices reflect that.

Other than the number of inches in diameter, there is quite a bit that separates the different sizes of pizza. For one, you can usually get a lot more toppings on a fourteen-inch pizza than you can on a ten-inch pizza, simply because there is more room for them.

When you get up into the much larger sixteen-inch pizzas, you’re feeding a whole family, rather than just a couple of people, maybe as many as three. The more inches you add, the more you increase the total surface area in dramatic terms.

A ten-inch pizza is most often served to single individuals, though it’s not always known as a personal pizza. It comes in 6 to 8 slices, determined by the thickness of the pizza, and generally weighs about 7 ounces. Master Your Ooni Pizza Oven with These Expert Tips 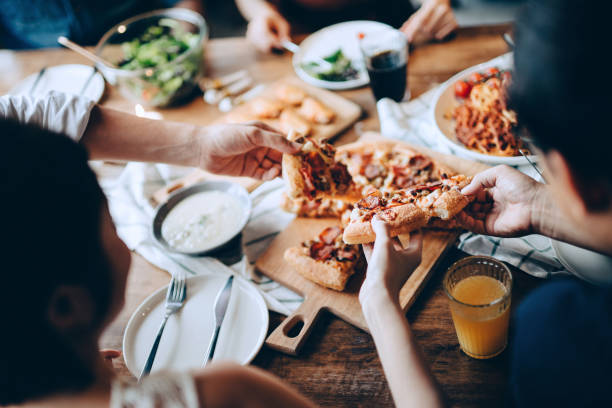 Hey everyone! I’m sure some of you out there are curious about pizza sizes and how many slices you can get out of them. Today I wanted to chat with you all about understanding pizza sizes and the number of…