How Long to Cook Homemade Pizza at 350? (Easy Guide)

Homemade pizza is a little bit of a nightmare to pull off, even if it seems really simple and straightforward when you’re staring down the ingredient list.

After all, you’re only dealing with flour, sauce, cheese, toppings, and maybe a handful of seasonings. This isn’t the most complex thing in the world to make – or at least it doesn’t look like it.

Truth be told, though, how long you cook your homemade pizza at 350°F will have a huge impact on the final results. Cook too long and your pizza will be crunchy like a brick. Cook too short and you end up with a soupy mess.

How Long to Cook Homemade Pizza at 350?

Making pizza at home isn’t just a fun way to spend an evening.

It guarantees you get exactly the kind of pizza that you want, toppings and all, without having to worry about whether or not your local joint could pull it off.

At the same time, a lot of home pizza makers realize pretty quickly that while they have high-quality ingredients available to put their “raw” pizza together they are missing one big piece of the puzzle – the foolishly hot pizza ovens that every local pizza joint has access to.

Truth be told, those pizza ovens play a major role in how your pizza comes out.

For one thing, those pizza ovens are capable of getting temperatures significantly higher than your home oven can.

They let the pizzas cook quickly (sometimes in just a couple of minutes), but it also delivers a blast of heat and steam that helps the dough open, cements that fantastic crust, and produces perfectly crisped cheese that’s tough to pull off otherwise.

At home, since you’re going to be cooking with a traditional oven, you’re going to have to wiggle with your ingredients a little bit – and play with your timing – to get your pizza coming out the way you want it to.

This is especially true if you’re serious about cooking at 350°F.

Most professional pizza makers will tell you that 350°F isn’t anywhere close to as hot as you want to get your pizza oven unless you’re doing more of a Chicago-style “deep dish” pizza.

If that’s the case, you’ll be good to go and can set your pizza and, let it cook for between 25 minutes and 30 minutes, and you’ll end up with a solid pie.

Should You Cook Homemade Pizza at 350?

As we mentioned a moment ago, you can generally get away with cooking Chicago-style deep dish pizzas at 350°F without any ill effects.

These pizzas are thicker, deeper, have more sauce (and usually more cheese) and require a longer cook time.

New York-style pizza, Neapolitan-style pizza, and Margarita pizza on the other hand is really going to struggle with those low temperatures.

Bumping things up to 400°F (and ideally just as hot as you can get your oven) will make a world of difference.

You’ll only have to cook those thinner-style pizzas for a couple of minutes at that super high temperature, getting the crust perfectly golden brown, the cheese gooey, and the toppings cemented in place.

Always Use a Pizza Stone (or Something Similar)

No matter what temperature you cook your pizzas at, though, you need to be sure that you are using a pizza stone or something similar.

Home ovens are designed to be big, cavernous spaces with lots of room and lots of hot air circling around the food being cooked. That’s great in most situations – but it’s not conducive to really, really good pizza.

No, you need a superhot element underneath the pizza (and ideally right above the pizza, too) to get it to cook quickly, to get that cheese to brown and melt, and to get those toppings finished off before everything burns or hardens.

Make sure that you have a dedicated pizza stone to help you with your homemade pies. If that’s not in the budget, though, you can get away with thicker sheet pans or even cast-iron pans flipped upside down.

Anything to get a little extra direct heat!

Mistakes to Avoid When Cooking Pizza at Home

Now that we have all that squared away, here are a couple of other mistakes you’ll want to avoid when cooking pizza at home.

Stretching Your Dough Too Much

Stretching out the door for your pizza is something that will come with experience.

You want your pizza dough thin – but not too thin – and you don’t want to stretch it so much that you blow out all the elasticity of it (or tear holes).

Start in the middle of your dough ball with your fingers, working out from the middle to sort of stretch it as you move towards the outer edges.

This will give you a nice little crust, too!

Using Too Many Toppings

There’s always going to be a temptation to want to load up on cheese and other toppings when you are in the driver’s seat, but that’s a temptation that you want to avoid as much as possible.

Too many toppings will cool down your pizza as it cooks, increasing the cook time (requiring a higher temperature, too), and can generally make an otherwise fantastic pizza into a soggy and soupy mess.

It’s also important that you precook any of the meat ingredients you’re going to be adding to the top of your pie.

The cook time of your pizza (if you have everything dialed in) is going to be too short to cook them all the way through.

Not Preheating Your Oven and Stone

Finally, this is a tip that most people aren’t going to need but it’s not a bad idea to include it all the same.

Preheat your oven to 350° (if you’re doing deep dish) or kick it up as high as it’ll go if you’re cooking New York or Neapolitan-style pizzas.

Be sure that the pizza stone (or whatever you’re using for a pizza stone) gets stuck inside of the oven before the preheating process starts, too. You want that ripping hot as well.

So there you have it, everything there is to know about cooking homemade pizza at 350°F.

Pizza Stone Traeger: Do You Need One? Ever wonder if you can freeze Domino’s Pizza? We have all been there before. Our hunger got the best of us, we ordered a lot more Domino’s Pizza than we needed, and now we’re sitting and wondering what we’re going…

We’ve all been there. You’ve either bought a delicious pizza from a local takeout, or made your own (kudos to you), but it’s been a little bigger than you really needed. Sometimes, as they say, our eyes are just bigger… 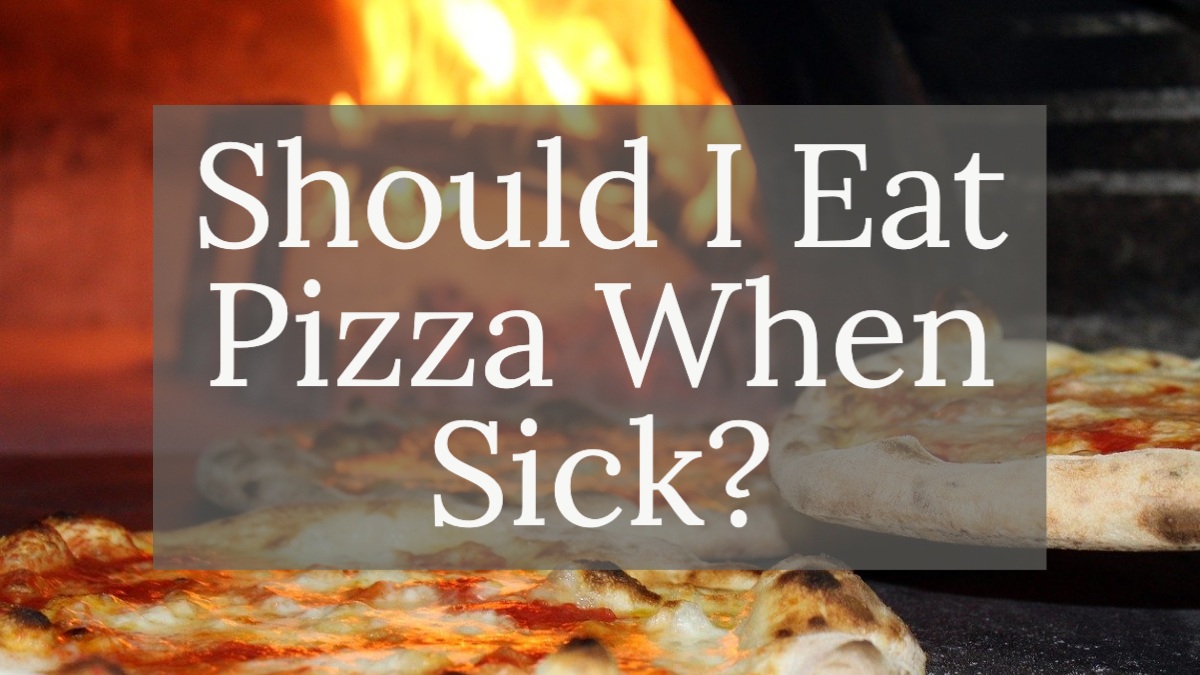 Listen, I get it. Pizza makes everything better, right? Bad day – pizza. Break up – pizza. Nasty fight with a friend – pizza. But does that same logic apply to when you’re sick? We’d all like to think it…