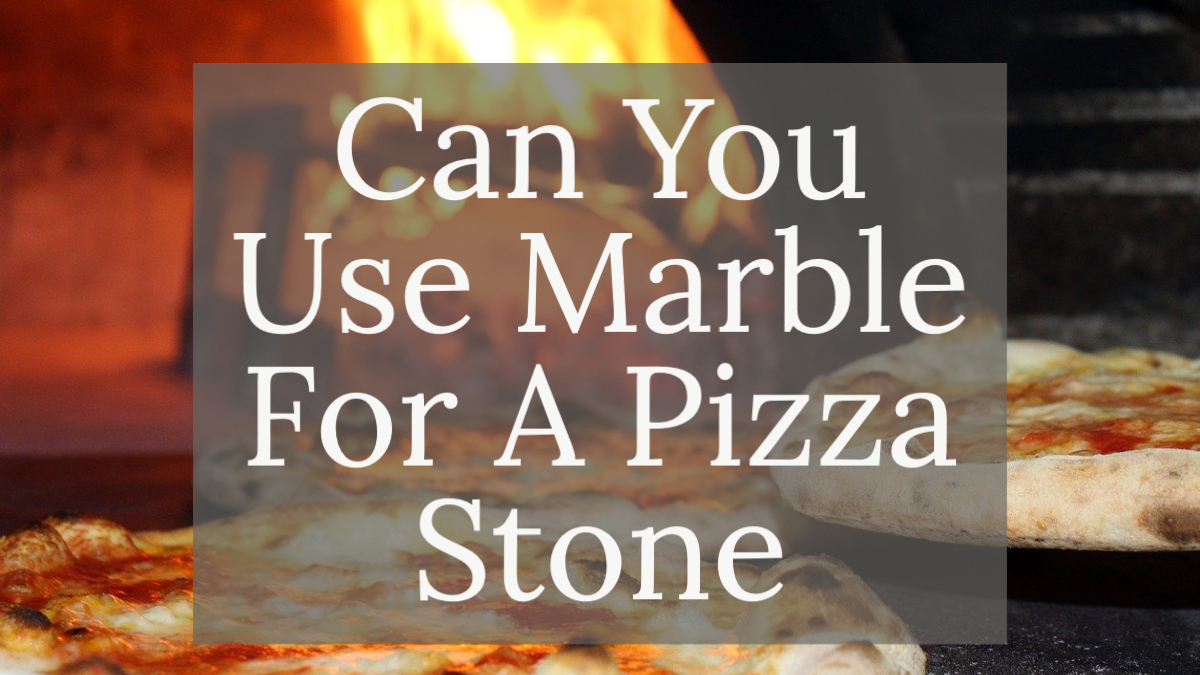 Looking for a new way to make a pizza stone and considering marble as the material? Well, there are some things to consider first, let’s talk about that now.

Pizza stones are a great way to ensure proper cooking in your pizza. They heat evenly and can withstand some impressive temperatures while getting that perfect crispiness to your pizza and dough.

Of course, the materials used for pizza stones can vary based on what’s available or the next biggest hit. I get questions all the time about what type of stone should be used as a pizza stone.

There are a few things that you should know about when it comes to alternating pizza stone materials. Most pizza stones are ceramic and do a great job of being heated up quickly, with little damage being caused overall.

However, there are a few lesser-known materials that some people have considered, and I’m here to debunk any myths and answer questions you might have.

Today, I thought I’d cover whether or not you can use marble as a pizza stone. You may think you already have an idea of the answer, but you might be surprised by what I’ve got to say.

What’s The Point Of A Pizza Stone?

Sure, you can cook a pizza on just about anything (you shouldn’t try anything wooden, though). But just because you can get away with cooking a pizza on a flimsy metal plate designed to go in a conventional oven doesn’t mean you should.

Pizza stones were made for a reason and are used in households worldwide to ensure optimal pizza cooking.

The whole point of a pizza stone is to withstand the heat of a pizza oven while properly cooking a pizza throughout. You’ll find that any old pan or plate won’t be able to measure up with the quality a pizza stone can give you.

The heat that pans can withstand won’t be nearly enough to get that crispy outer crust and the soft, airy inner crust. It’ll get close, I won’t deny that, but it just won’t be the same.

Also, when it comes time to remove your pizza from the stone after it has been cooked, you’ll have an easy time doing so.

Pizzas will just fall off the stone when you’re ready to take them out, and you won’t even need to clean them. In fact, most stones aren’t supposed to be cleaned, period, since it ruins the overall quality of performance.

A plate or pan will have grime and burnt dough bits that need to be scrubbed and scraped off. Not ideal if you’re looking for quick and efficient pizza making.

As I said, most pizza stones are usually made of ceramic materials as they have a high heat conductivity and excellent durability. They’re designed to withstand huge heat (up to 500F) and do so with very little fear of breaking.

Marble is a little bit different. While I can definitely see a use for marble as a pizza stone, you’ll have to change a few things to get it right.

Quick Answer: No, it’s just not a good idea. You can’t simply put a marble pizza stone into an oven and expect the proper result. For starters, marble has a much lower heat conductivity than most other pizza stones.

You’ll be waiting a lot longer for the pizza to be heated up evenly and waste plenty of time doing so.

On top of that, you might find that when the marble does finally hit that elusive 500F temperature, it doesn’t handle it all that well, especially since most marble stones would only be about half an inch thick.

You could end up cracking your marble before you even begin your cooking process. That’s why I said you’ve got to be careful and change a few things if you plan on using marble as a pizza stone.

What To Do With Marble Pizza Stones

Nothing would make me feel worse than recommending you use a marble stone, and then your pizza ends up falling through a broken marble plate.

So, to use marble as a pizza stone with less risk of damage or breaking, listen up. You’re going to want to make sure you get a marble plate that is just small enough to allow for some space around the side. You need this space to aid it in the heating process.

While most pizza stones will heat up over time while in the oven, the marble needs a little extra assistance, heat needs to get around it (hence needing to leave space), which will help the even cooking of the pizza.

If you ignore this or choose not to do it, you’ll be waiting an incredibly long time for your marble plate to be heated up to even half of the temperature it needs to be.

Also, if you’re going to do this, don’t just throw your marble plate into the oven once you’ve heated it. You won’t speed up the heating process.

Your marble plate will most likely snap in two if thrown into a pizza oven without being given a chance to warm up with it first naturally! The only thing you’re probably guaranteeing is a one-way ticket to the trash.

If I had to give you a simple yes or no answer, I’d probably stick with a resounding no. While it is possible to use a marble plate as a pizza stone if you want to, it’s really not ideal.

You’ll be much better off using a more traditional ceramic stone if you can get your hands on one.

Obviously, it’s harder to do that for some, and you might already have a marble plate handy. If this is the case for you, then give it a try.

Make sure you listen to my advice, though, and don’t end up cracking your marble plate down the middle. It will be a real hassle if that happens, and you’ll probably have to ditch whatever attempt you were making at creating a delicious pizza.

Avoid marble if you can, but take due care if you can’t. I think that’s a good takeaway to have from this read! 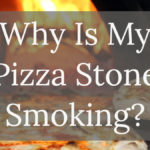 Why Is My Pizza Stone Smoking (and Stinky)?

Can You Use A Pizza Cutter On A Pizza Stone? (Solved) 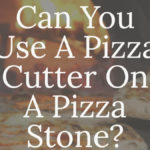 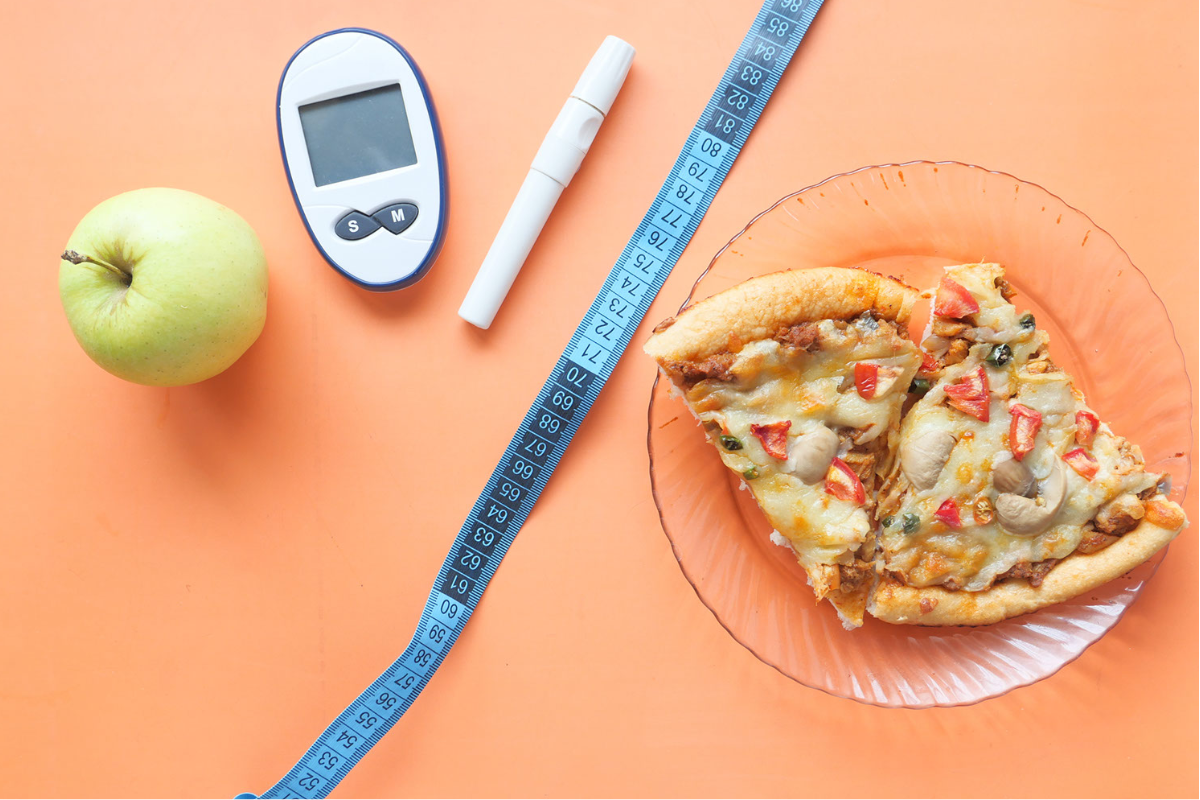